January 12, 2009
I am still reading the newspaper this early morning and found that the aggressive armed violence by the Israelites hasn’t even stopped a bit. As the minute pass by, some are hurt, some are killed while some are left there to die from their wounds. Isn’t it cruel to leave someone to lick their wounds?

Paramedics are given certain time to go in to help and help the people but there’s a catch there. There is a timeline for the operation. After the stipulated time, they don’t bloody care if medics, doctors or whoever it is, is inside the zone. They will just resume all those firepower and bombard the hell out of the place. How much people can be helped in such situation? You tell me now. I heard the numbers of doctors crossing the Egyptian border is also limited due to “security reasons”.

What is even crueler is that the situation creates an adverse psychology on the people there. It’s like when you are in the fight with someone more superior. You get bashed down and then that guy allows you to get some medical attention so you get a little better to fight again. Then the same shit happens over and over again.

The best part is the aggressive side is having firepower and firearms support from their big brother who claims to be bloody righteous when it comes to the Iraqi situation that they have to hang their leader to allow the world to continue spinning. In the end what happened? Sorry, we made a mistake. There are no weapons actually?

Do we just slap the hell out of someone and then tell that person sorry that you made a mistake? So now they are left with an inevitable civil war for a very long time between the 2 major fractions. I seriously don’t know what will happen as the big brother have already set one side with firearms.

All for the greed of wealth that causes all these killings. The dark side of the human mind can really be impressive in terms of violence and in terms of getting whatever they want even at the cost of human lives. A person killed is a person deprived of their living. No one should deprive another person to lead a normal life. I really don’t condone violence and the taking of another person’s life. It’s downright cruel. No matter what a person does, he/she still have the rights to live. This includes criminals. Put them into prison if you fear the safety of others but killing is never the way.

How worse could things be from now on? Why are the bigger countries not doing anything but sitting their ass out. Shouldn’t those bigger countries like China, Russia and some major firepower producers get together and pressure that big brother up the wall to stop? There is always still hope but this hope is really fading fast as the minute pass by. 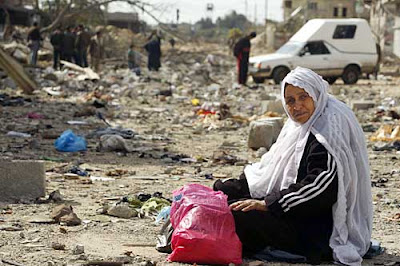 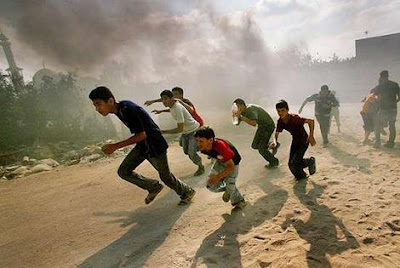 renaye said…
peace seems elusive at the moment. the war has been on for more than 50 years. this war shows there's no more justice or even laws to the victims. it is so heartbreaking.

Kellaw said…
Shit happens but what is more important is that people never give up hope to change how the world goes. Everyone can make a difference even if it's only for a bit.
January 12, 2009 at 2:32 PM

Calvin Soo KJ said…
it is sad to hear the news everyday and yet we can do nuts about it. we can only pray for the victims. the pain looking at the children is unbearable. my mum cried a lot when she saw dead children carried by their parent on telly. we humans are a selfish lot. we kill others to invade their land. we slaughter the meek and lowly and call ourselves great. how i wish that the day of judgement comes to smite the oppressors.
January 12, 2009 at 3:32 PM

Kellaw said…
Calvin, actually I have even sadistic and sad pictures but I am not going to show them here as I deem them too violent. Tell me if you need them to create awareness. I just hope justice will be served at the end of the day to those who kill for the fun of doing it.
January 12, 2009 at 3:38 PM

AndyViciousCycle said…
the last photo look photshopped in a way
January 12, 2009 at 6:35 PM