Wedding and the Funeral

June 02, 2009
No, the wedding has nothing to do with the funeral nor vice-versa. It's just the 2 events that I have to deal with this week alone. Yes. one is on the happy end of the scale yet the other is on the other end of the sad and emotional scale.

For those who had known me would know that I have been staying in a temple in Penang for 2 whole years, the duration I studied there. There is always this chinese monk who talked to me, get help from me repairing his laptop. Yes he has one which he used to listen to chants, prayers and also used to study old scriptures. Yes those were the days. We are like the 2 guards of the temple lol. I would stay awake at night till the morning doing my assignments and reading materials till early in the morning till he wakes up for his morning prayers. 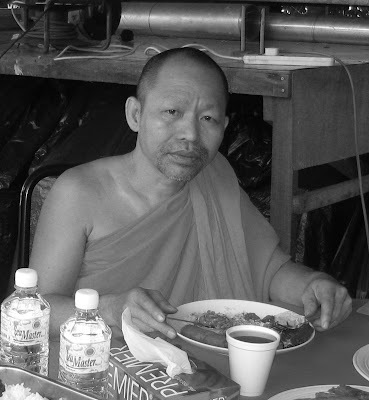 We would then switch job where I go to sleep and he looks after of the temple. This happens for as long I have been there and known him. He is known to keep the milk for me while I would keep the chocolates for him. Only nice ones of course. In the process he taught me a lot of things ranging from which ice kacang stall to buy from to which brand of ice cream I should eat. He is also fond of chinese tea. If he isn't wearing robes, you would think that he is not a monk. Well he wasn't a monk before of course when he became a monk lol. So in a way he has his life experiences to share with me every now and then.

Well, he is humble in his ways after he don the orange robes of a monk preferring to chant at the back row in functions. He is one who watches the news from 8 to 10 at night and goes to sleep sharp at 10. Then wakes at 3 to do his meditation. That was till he was diagnosed with hepatitis B. Things starts to fall apart. He turned yellow. He is a vegetarian monk who also doesn't eat after noon so guess how he went through that disease. He later went for the operation to remove his liver yet right after his operation he has the mood to joke that he now "mou dam bei lui" (no guys give girls).

He hasn't fully recovered then and went home to rest. Then he was diagnosed with cancer. Apparently the earlier surgery didn't work well for him yes he is still giving us the happy face. The last I visited him, he could still smile. Little did I know that would be the last time I will ever see him again. Ha passed away yesterday(1st June 2009) and the funeral is to be held on Wednesday. 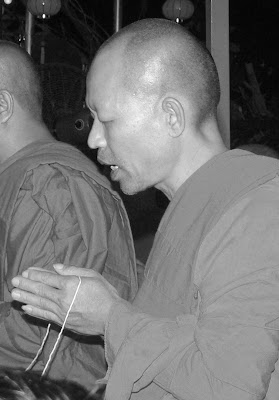 In memory of Botan Hin who will always be remembered as the cheerful monk.
May you be better in wherever you are now.

Note : This blog would not be updated for the week as a sign of respect for him. Neither would I approve comments and reply to them for this whole week. It would be as though I am away from the computer and internet(which I basically am). Hope you guys would be understanding.