June 10, 2013
The Chinese Dumpling Festival/Dragon Boat Festival or 端午节 also known as the double fifth festival somehow reminds me of the memorable past. I was back in the office today and my boss sent out an email saying he has severe stomach cramps and I suggested the 5 pagoda medication from Thailand. 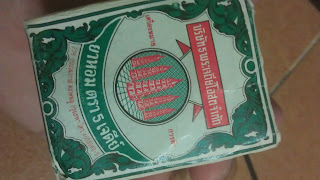 He said he remembered that his grandma always have it and in fact he actually has it in his house. It's just like how my grandma had too. The last weekend we have the Dragon Boat race here in Penang and over the weekend, I was actually back in KL where my dad bought a substantial amount of rice dumplings. Somehow all these actually reminds me of the childhood songs about not watching dragon boat but watching little chicks cause I could catch and sell them when they are big sung by my grandma. 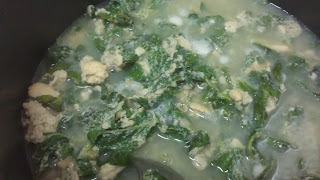 I suddenly had cravings for soup that is cooked by my grandma long ago. It seems easy then. The mint leaves, fried with eggs boiled in soup based with anchovies, a little salt and ginger. Easy right? Yeah I thought so to as the mint leaves have always been prepared when I cook at my grandmother's house. For the first time, I actually spent an hour plucking the mint leaves. Now I actually feel the pain. When I was having the soup, I reminiscent the good times I had over at my grandmother's house where I would always get my favorite salted meat dumpling bought from the old lady(Nga Nga Jie) at the Imbi Market... Did I mention she has to chase me around to finish them?

Mine could only be a memory but for those who still have a living grandparent alive now, when was the last time you returned home?