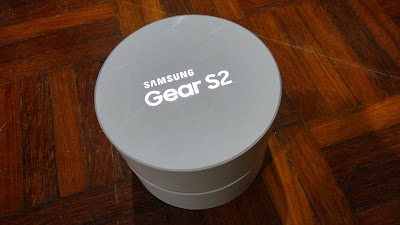 First thing when I get the gear was to do the unboxing of the drum box. 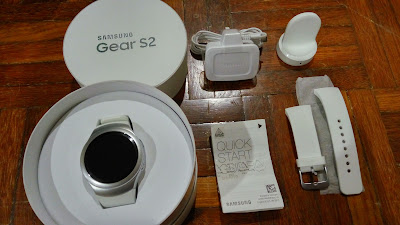 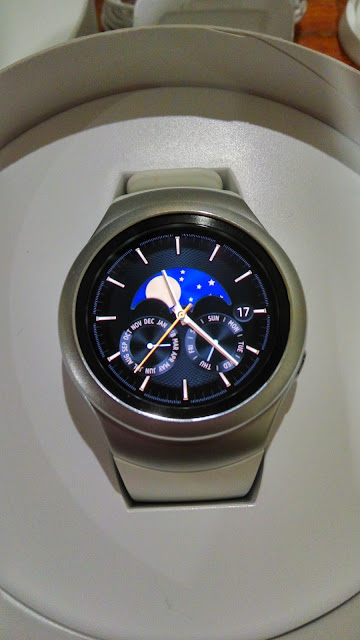 My first impressions of the Gear S2 was “wow, the display does really look like a real watch and look ma, a rotating bezel *twists and turn to the next function display*” 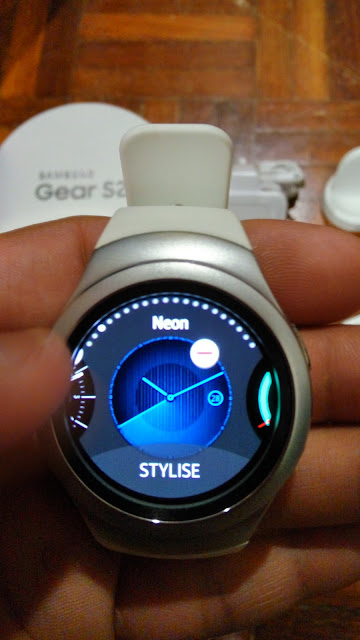 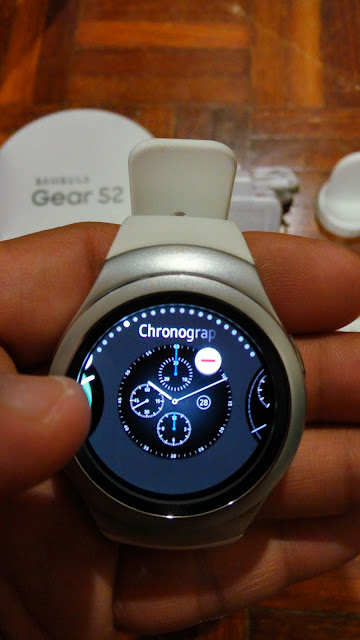 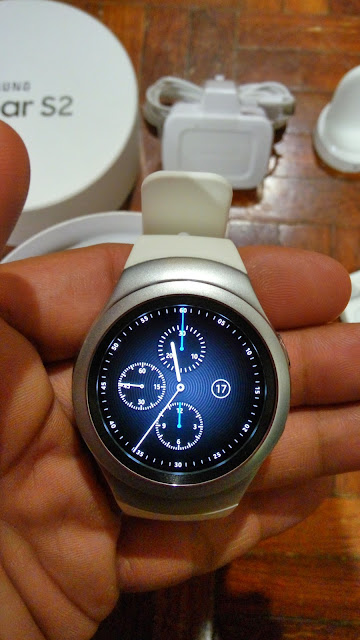 Then there’s the interchangeable watch face which is also controllable through the phone app where you could download new ones from the phone app and update it to your phone. You could also design your own watch face and then load up on your gear.

Then comes the real usage test. No, I didn't run over it with a truck, went diving with it or that sorts but I used it for a week as my main wearable. I like the fact when I twist my wrist to look at the time and it automatically turns on showing the time. 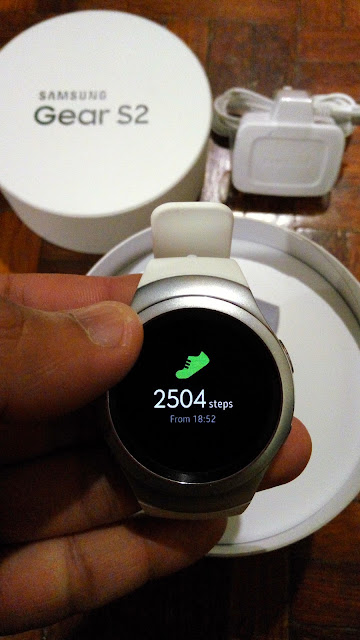 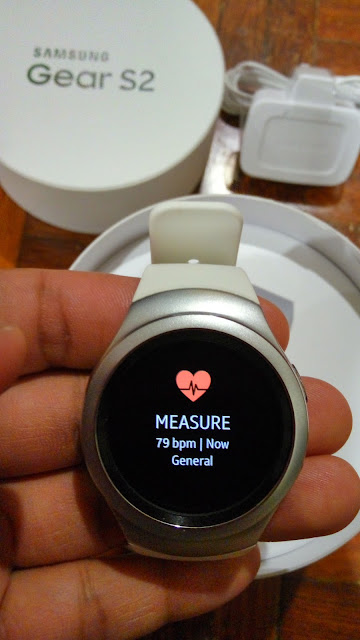 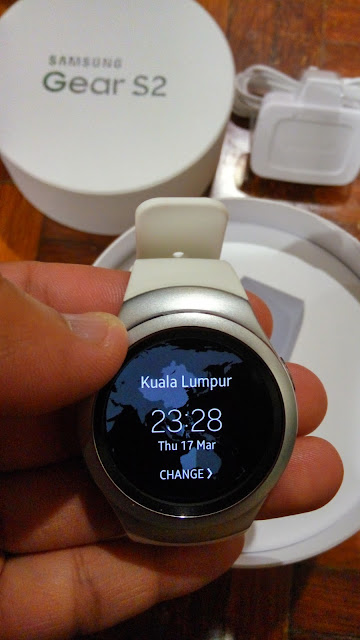 Then there’s the other world time function which was good for me as I am also talking to friends from other time zones and many a times I tend to wrongly message them when it is their sleeping time. 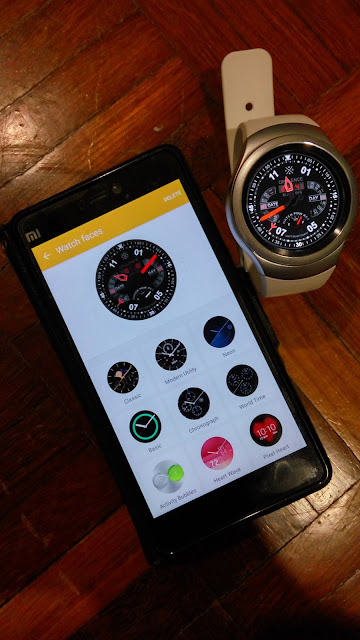 The trouble for me starts after pairing it with my phone. I am basically using a non-Samsung phone. Xiaomi Redmi Note 2 and Mi4i to be precise. I have also installed the S Health app and there’s where my miseries starts. 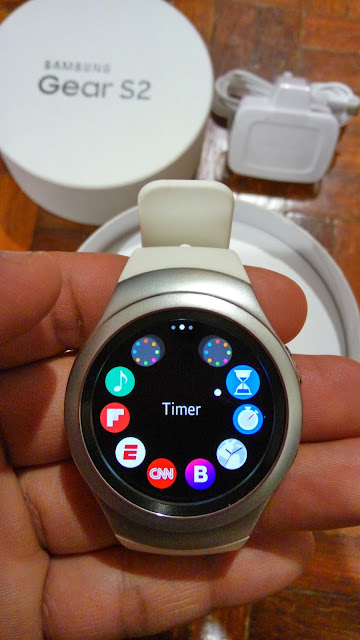 The vibration notification to remind me to get up of my @$$ and go for a walk when I am in the middle of a meeting. The gear tends to act like a nagging granny when you remain still at your workplace so you get some exercise. I think one improvement that could be done is that there should be some settings where you could set your “inactive hours”. 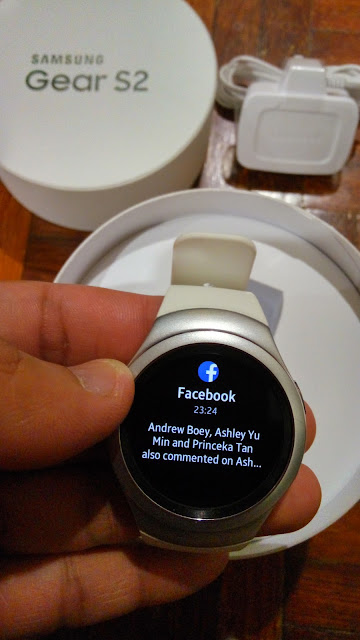 Then there’s the phone notifications. When you have a group on WhatsApp that could go to about 2-3k messages in an hour, you could literally use the gear as a vibrator. Oops, I mean massager. *winks*. I have also compared it to usage while I was in the car. For a while the notification was a little disturbing and as the screen could only show one single message and you need to twist/swipe to the next notification, it's a pain in the rear. I am not really condoning using of devices in the car but my phone that is on a GPS holder which is on waze is a much better choice as using one single hand, I could swipe the notifications away. On the gear, I need to use both hand which was more dangerous.


Comparing to replying on the phone, I could use a single hand but on the gear, I need to use both hands. One to raise the other to type on the T9 keyboard. I know the designers put some effort into this but is this function even feasible in terms of usability? Just like the music function, music still have to be played from the phone instead of directly from the gear. 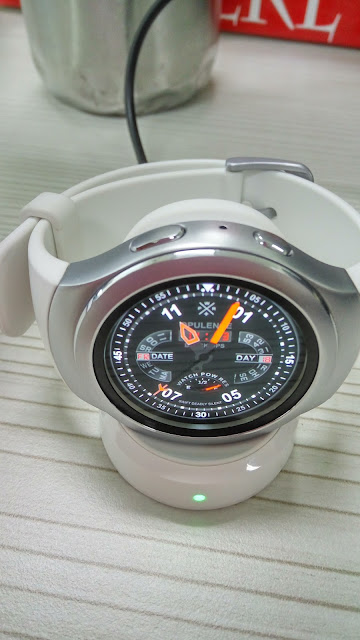 The design of the wireless charging is definitely a win over the other wearables I had where you have to plug in but with the Gear, I just put it on the magnetic charging platform.


In terms of design, I think as a sports band/wearable, the rubber straps looks good for sweat proof but it’s also making me sweat between the gear and my wrist. It would be good instead of coming with a spare rubber strap, it should come with stainless steel and leather strap for the classy look.

Seriously for the price of a wearable at 1399MYR and 1899MYR, it’s not even feasible. For that same price I could get 2 workable smart phones. And wearables from my point of view, should be less painful if you lose it. Say when you are active in sports which has a high contact between your wearables and external elements, you should be prepared that it would suffer some damage scratches or even breaking the straps. I would consider it if it was priced at 200-400MYR with a comparison using Mi Band Pulse which has the pedometer and also the heartbeat function at sub 100MYR. I would pay more say anything from 600MYR up to 800MYR in total for the extra straps (stainless steel and leather)

Mika Dee said…
Its better when you have Sammy device. I have Urbane it works great with all android phone I use so far and tons of watch faces and apps too.
June 9, 2016 at 5:45 PM