Breaking News: Neighbouring country to build Air Dome Barrier, Another Across the bridge stakes claim to Chicken Rice and our country banning exports of durians

BREAKING NEWS! Our neighboring country has become furious over claims of the 'Nasi Goreng'(Fried Rice) being a local food of the country across the bridge by an international sports superstar has decided to build an air dome covering the whole of their country. According to regional press agency TiadaName, Minister of Food and Forestry, Dr Abu Jerebu, "It's a high price we are paying for the construction of the dome but now we could keep all the fresh air to ourselves, 'goreng'(Fry) all the 'nasi'(Rice) we wanted with the surplus of firewood and not hear complains about the regional haze situation. It will also prevent neighboring countries from stealing our food recipes." 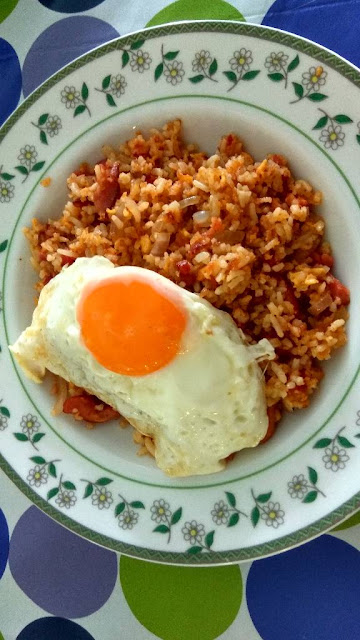 Further on the food related topic in the country across the bridge, Minister of Food and Culture, Mr Chi Ken, Lai announced that they are now filing a patent and copyright for the Chicken Rice in the region to prevent the use by others without paying the country for it's intellectual property. Experts in the matter commented that this move will stop all other claims and misuse of the name of the dish and at the same time increase the revenues of the country. 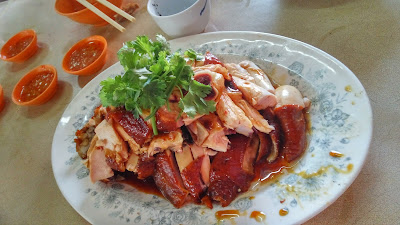 Other related news from bolehland's daily, The Moon, quoted Deputy Minister of Fruit, Exports and Antiquities, Dato' Liu Lian, Wong @ Liu Lian King saying the country would be barring exports of Durians across the region in order to safeguard this 'National Treasure'. He said "We have made a serious consideration and after a long 2 years studies on the historical origins of the durian by an elected commission, we have decided to label our durians as a National Treasure and with immediate effect, all durian parts, the skin, flesh and especially the seed would be barred from leaving the country. Stringent check would be done in all exit points of the country. Right now, we do not have a law to protect our durians and thus, all durians would be temporarily be stamped with the OSA(Official Secrets Act) stamp till we have a law passed to protect them. Other countries could now kiss goodbye to their favorite Musang King or D24 or 36DD or whatever they call it nowadays. This is just the first step in safeguarding our interest. We are currently doing the same studies for our Famous Penlang Laksa and YeePoh Gai Si Hor Fun(Shredded chicken Hor Fun).". The minister declined to answer when queried about the cost of the studies.

Meanwhile sources from our other neighboring country that exports it's rice under the name of Siam Rice has informed us that they have decided not to export their Siam Rice to stop this bitter argument and claims around the region. Quoting an official who declined to be named, "Argue for what? No rice, no Laksa, no Hor Fun, no Chicken Rice, no Nasi Goreng, No Nasi Kandar, no Drama, problem solved! (*with an evil laugh) No more claims here and there. Then we have peace in the region."


This author is fed up with all the claims and arguement of origins of food across the region and strongly believes that this small matter should never arise if countries could just accept they are South East Asia Region food. The countries should just sit and chill at the nearby 'warung' having 'roti canai' while sipping their cup of 'teh tarik' while jabbing and poking fun at the latest news in the region. This is provided the North West country has not made a claim on both the roti canai and teh tarik 'yet'. The author could be contacted at kellaw1985@yahoo.com and please ask for permission should you intend to reproduce any part of this article.

Footnote: This article is meant as a joke and parody. All names, characters, and incidents portrayed in this Article are fictitious. No identification with actual persons, places, buildings, and products is intended or should be inferred.