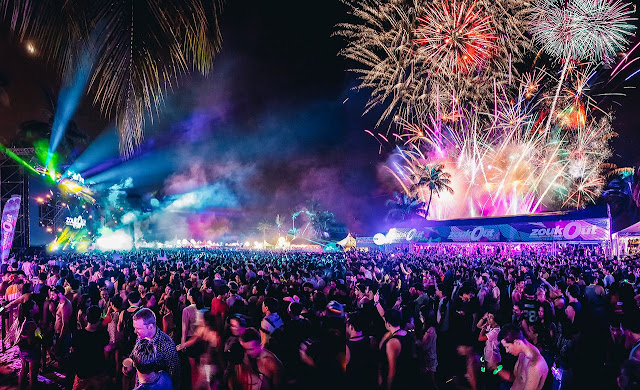 Save and block the dates into your calendar for December 8 & 9. Why? ZoukOut, Asia's largest beachfront music festival and only dusk-to-dawn dance festival is coming back to Siloso Beach in Sentosa, Singapore. Read on to find out how to get your tickets. 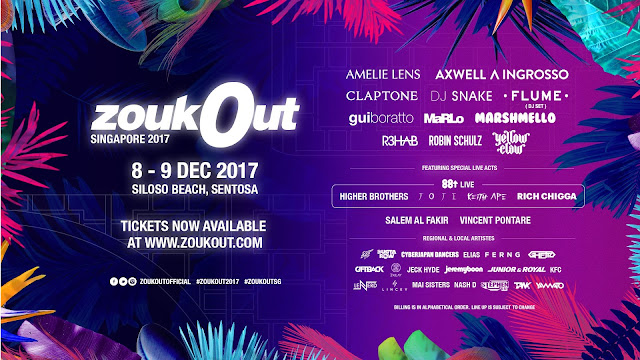 Coming from a different country? No problem as we live in a digital world. Book your tickets now from HERE! But why buy tickets right? What's going on there? It's the 17th year now as Asia's longest running dance music festival is raved about by top DJs in the global clubbing circuit. This is a must attend party of the year which you shouldn't miss out.

Some of the biggest names in dance music from around the world are set to perform there including Marshmello, Flume, Axwell /\ Ingrosso, R3HAB, Yellow Claw, Robin Schulz, Claptone, Gui Boratto, DJ Snake, Amelie Lens, and MaRLo, 88rising crew that will include Keith Ape, Rich Chigga, Higher Brothers and Joji. 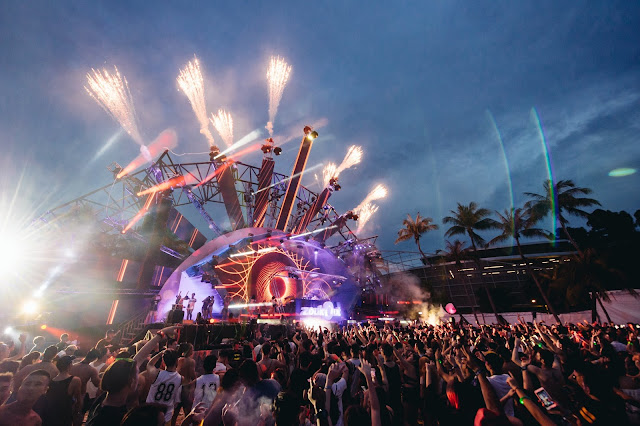 The festival is put on by the popular nightclub Zouk, most known for its Singapore location that was named the the Best Club In Asia and the Fourth Best Club in the world by DJ Mag, and is known for bringing in the biggest artists in dance music to dedicated fans in Southeast Asia. The club is also present in Malaysia and on the luxury cruiseliner Genting Dream.

More on other tickets and pricing HERE

Ok, you are coming from abroad and you need hotel packaged in or you want that VIP package right? Get the bundled package HERE. The Hotel packages includes 2 tickets to ZoukOut 2017, daily breakfast and daily transfers to ZoukOut.

What are you waiting for? Go get your tickets now before they run out!
A dance Music Festival Resorts World Sentosa Siloso Beach Singapore ZoukOut Singapore 2017