Proof that Kellaw is a big bully 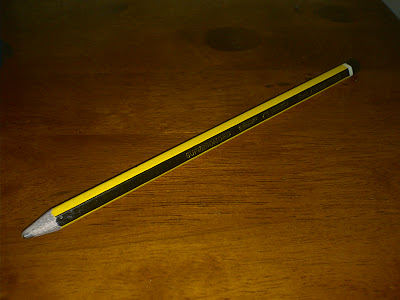 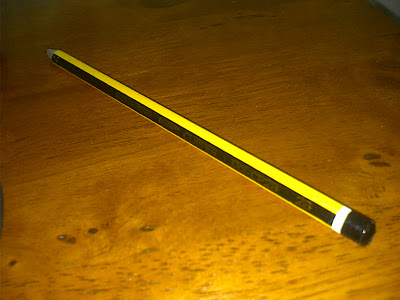 Was going to college the other morning. It's just like any other morning but the past week had been exceptionally tired with all the final projects. Saw too kids playing around and something happened and the elder kid(around 5 years old I guess) tried to stab the other kid with a pencil which I grabbed his hand(it's a miracle feat, believe me! I am real tired then so to move that quick is already something impossible). How I bullied the kid? Take a guess. Ok! Ok! I didn't wack that kid till he is lying sprawled in a pool of blood. I took away the pencil. It's still with me just in case he decides to stab the other kid till kingdom come. Which parents in their right minds would let their kids run around with a pencil. Yes, you mar argue that it's good to start kids on writing and drawing at that age, but is that situation right? Letting them run around playing with a pencil? You guys might better let them have a real gun so they can practice to be the next olympic shooter.

I wonder what will happen if I had not stopped the kid(or should I better rephrase that as failed to do what I did). Kids doesn't know the consequences of their actions. Some may argue even adults are the same(point proven on the kids parents. Maybe it's a case of "bapa borek, anak rintik"monkey see, monkey do and mind my bahasa because I gave it back to my teachers long ago). Anyway I have an extra 2B pencil now which I plan to return it to the parents(reads "stab on their hands or god knows where it hurts most").

I went into class with that pencil and told my friend what happened. I said I wouldn't let my kids run around with a pencil that way. My lecturer who overheard the conversation asked me not to be so sure yet. Things might not happen that way. Maybe it does bear some truth there. Just the other day, I was in a discussion(reads arguement) with a friend on how the parents should teach their kids. This friend said he saw the mum slapped the son and when the son tries to get comfort from the dad, the kid got another session of screwing. My friend feels it's just wrong.

Let's get into our logical mind(bear in mind I am not a parent myself yet but it's debatable that I don't know how to teach the kids because I know what I wanted as a child) and get something clear about the situation and the consequences. Below are the scenarios of what could happen. You guys should continue with your imagination.

Scenario 1:
Mom : piak(sound of mum slapping son)
Dad : piak! "Serve you right! Who ask you naughty?"
Son : cries and run into his room getting angry for a while ( could be more rebellious if overdone or could be afraid and not repeat what he did)

(night : bed)
Mom to Dad : Thanks dear for supporting what I did to our son......(put some imagination here)