March 24, 2009
Note: I am not responsible if you follow the advice in this post and get pwned. It's merely for the fun and joy of reading but you can always try and see if you have the luck.

Ever had one of those days when you were standing at the bus stop in a rainy day and then the bus just speed past? It's not enough that you have waited for over an hour but to make things worse, as the bus speed by, the wheels run over the puddle of water filling the landmines(we call potholes that here in Malaysia) and you get all wet? I am sure those unfortunate ones without the luxury of always having a car or enough money to get taxi would face the endless wait for buses in KL. Imagine if this is happening in the middle of the town, what could happen to those who are in rural areas?

So what can we as citizens do? Complain to the road transport minister/department/LPKP(yes there are numbers at the back of the bus and you can sms too)? Will they work? If you think so then clearly you are new to Malaysia. Actually not only will it make things go better but it will make matters worse. Imagine you making a complain and they say not enough proof. Or imagine the bus driver caught you jotting down his bus number and get his gang to wack the hell out of you(did happen before). Or the bus driver gets fired and they have less driver which could be translated to longer waiting time. These are the worse case scenarios that can happen. So thinking of complaining? Think again.
You may ask what are the solutions to this heh? I have gave this matter a thought for some time now and I have come up with some genius solutions.

1. Moving Bus Stop - If the bus doesn't stop at where you are waiting, the first is to check if where you are standing is actually a bus stop or not. Most probably it's not. So how do we solve this problem. Remember there are actually bus stop signs grounded next to bus stops? Dig them out and plant them wherever you want buses to stop. That way buses will always stop for you. Better still get a portable one like those umbrellas.

Pro's - You always get the bus to stop for you(provided they don't speed off)
Con's - You get owned when the JKR or police notice you are digging the post out.
- The bus might not even notice you and speeds off again.
- Planting a bus stop sign in front of your house in a housing area wouldn't work unless you are living facing the main road but then again would you want every bus to stop in front of your house and help smog your house to ensure no aedes mosquitoes are around?

Worse - You are served a notice that "your structure was an obstruction in a public area, illegal or erected on a road reserve". Then you have 24 hours to remove the bus stop sign.

2. Throw stones at the bus, breaking the glass window if it speeds by you without stopping for you.

Logic - If the bus driver can't see you standing and waving then he/she shouldn't be able to see you throwing the stone at the bus. =)
- The more often their buses glass windows break, the more they will remember to stop for you.

Pro's - You get a bus with free air conditioning from the lorry speeding next to the bus. Hey at least you get your bus ride ok? 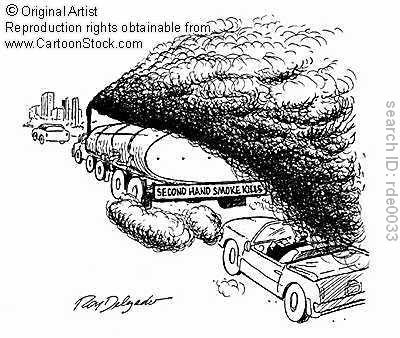 Con's - You might get caught when every other person at the bus stop points at you and you are made to act as if you are the window for the whole day. Look on the bright side. You don't have to pay for the window now.

Worse - The auntie sitting next to the window dies of heart attack when the window crashed. Oops!!

3. Put nails around the ground if you expect the bus to not stop for you. 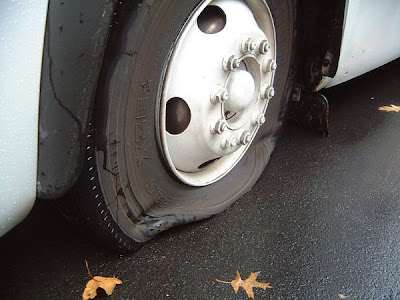 source
Logic - What else will stop a vehicle on the spot other than a flat tire?

Pro's - The bus is forced to stop for you when the bus driver stops to change his tire(s).

Con's - Other vehicles using the bus lane might have a flat too and cause massive jams along the road. Longer wait for bus but it wouldn't stop for you anyway so it doesn't matter does it?

Worse - The bus has no spare tire and the other people waiting for the same bus thanks you for your great act with their umbrellas.

4. Lie in the middle of the road as the bus approaches ala Perakian lying on the road to prevent royal cars from going to the palace.

Logic - The bus driver wouldn't knock you down would he?

Con's - You get a summon for being a nuisance to public or for obstructing traffic.

Worse - You get runned down by a bus and end up disabled. Don't be too sad thou. You get disabled person's benefit and save on rides. Buses will always stop for you then.(no offense to the disables ok?). There is an extra pro to this if you are heading to the hospital. Read my post here
Better still you get wings in heaven (after you die getting runned over la of course) then you don't need bus to bring you around already lo.

5. Take off your clothes and jump up and down waving as the bus is approaching.

Logic - Who wouldn't slow down and look at someone naked? Works extremely well if you are a pretty girl/handsome guy or you are a senior citizen.

Pro's - You create a traffic jam and the bus stops completely and you get your ride.

Con's - The bus driver doesn't open the door for you and the drivers passing by starts to vomit at the sight of your 68 years old body.

Worse - You get sent to Tanjung Rambutan(asylum). There you wouldn't need to take a bus ride anymore would you?

An extra bonus for you guys if you want the bus to stop for you whenever you wants it to stop is to be a bus driver yourself. That you you can press the brake or oil paddle anytime you want it to move or stop for you. LoL

Anonymous said…
4. Lie in the middle of the road as the bus approaches ala Perakian lying on the road to prevent royal cars from going to the palace.

haha, you will be dead in Singapore... most motorcyclist in SG died after getting run over by car after falling from bike..
March 25, 2009 at 1:09 AM

Kellaw said…
lol rp. my ways works best in Malaysia. other places no guarantee la. Then singaporeans should lie at the worse end of way 4 lol.
March 25, 2009 at 1:17 AM

Josephine said…
Maybe SG has too many buses.
Sometimes you will find that the bus does not stop at each and every bus stop along a particular road...

Kellaw said…
calvin. havent la but i really did have a thought on the portable bus stop sign and also the stone/brick one lo. wanna try together?
March 26, 2009 at 11:48 PM

Kellaw said…
WayeYoung - if i dont have one you guys wouldn't enjoy my blog as much lol. My old teacher once said i have a twisted mind. hahaha

Kellaw said…
david - thanks but it hasnt been great lol.

LauraLeia said…
LOL~!!
I was seriously laughing out loud while reading this! XD
And i love the way you put the pro's, cons and wosrt case scenarios. Tee hee. :P
April 4, 2009 at 9:37 AM

Kellaw said…
laura - like it then good lo. wait la. lately busy. no ideas yet. brain got stuck with datelines. thanks for the support lol. glad you had a good laugh
April 4, 2009 at 11:41 PM

Anonymous said…
I recently came across your blog and have been reading along. I thought I would leave my first comment. I don't know what to say except that I have enjoyed reading. Nice blog. I will keep visiting this blog very often.