December 22, 2009
Yes I know I should have come up with this during the weekend but the weekend is full. So last Thursday I went for the Avatar screening courtesy of Nuffnang. Yes I watch it for free! but..but.. the screening starts at 9.30 and ends at 12.30. By the time it finishes, I took a cab all the way home from 1 Utama and the cab fees came to about 50 bucks. Yes I know I can watch the movie twice in 3D and still have enough for a decent meal. 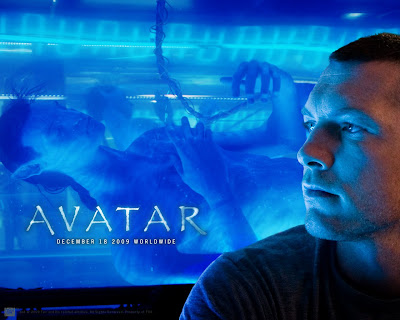 So what's the big hoo haa about the movie? Well lets start off by saying it's the most expensive movie ever made to date. So what's the movie all about? It's setting is somewhere in the future where space travel was common and humans screw up the earth so much so that they need to get new resources called unobtainium (the name is a hint of what will happen later in the movie) from another planet. 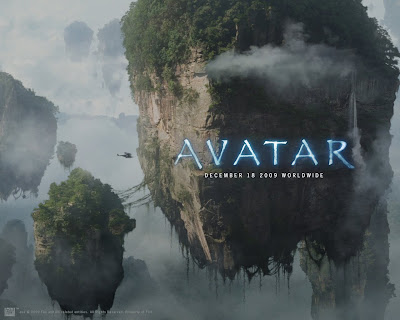 Somehow they manage to find this distant star 4+ light years away and it has an earth like moon(I mean earth LIKE cause the air is poisonous to humans) called Pandora. Yes we are gonna open up a whole can of worms later. This Pandora is full of life forms and full of unobtainium with the highest concentrations in the area populated by human like creatures named Na'vi. They are double the size of humans. "How come you see battles in the preview/teaser and why most of them are about the men and women in blue? How come they got guns one? How come? How come? Then why is the title avatar?" Now comes the good part. 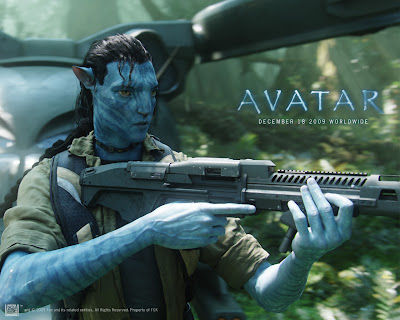 Avatar refers to a representation(usually pic) of a real person. So what does that have to do here? You see we humans are real clever at times. We create beings using human and the Na'vi genetics to create a hybrid being which can be controlled by humans living in pods. Yes the human can be outside there without having to be physically there. These hybrid beings are used to infiltrate the colony and later try to convince the natives to shift their nest (pindah sarang tau? phun thau faham?) to somewhere else as what the humans need is right below their nest called the HomeTree (you should know from the name that it's a bloody large tree ok?) 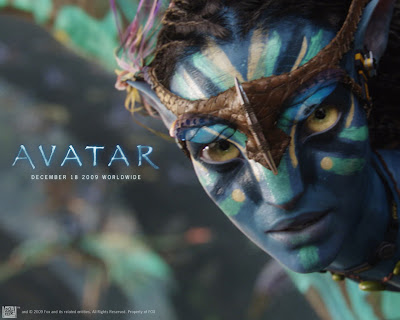 But wait. How you expect the whole colony to be shifted because humans wants the minerals? You ask politely? Surely a fail plan. Why? Because every location a stone throw away is the Na'vi sacred grounds. See they know how to take care of their environment better than use humans. No they don't need plastic bags. All they need is bows and arrows and a birdie called banshee/Ikran (not iklan ok?) for them to ride. So what do humans do? The bloody mineral is 20 million for a kg. If diplomacy wouldn't work, time to go the hard way. 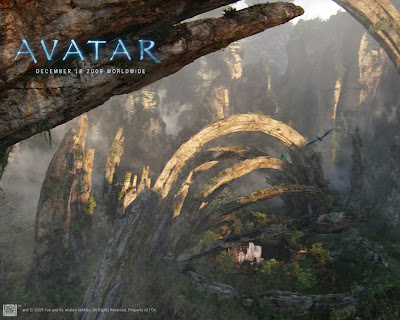 But wait there are humans in the avatar program. What will they do after being with the Na'vi for such a long time, learning their ways of life. And bows and arrows against guns and aircrafts? What are the odds? What will happen next? Go spend some money and watch it yourself at the cinema nearest to you ok? I will surely go again for this movie but this time will be for the 3D one.
avatar avatar 2009 entertainment James cameron movie movie review nuffnang review

Kellaw said…
were you there yesterday as well for the sherlock holmes premiere?
December 23, 2009 at 7:52 AM