December 12, 2009
It's nearly 2 weeks now since I get my free Samsung Jet courtesy of Samsung of course. So what are the goods and bads of the phone? We will get to that in a while more. 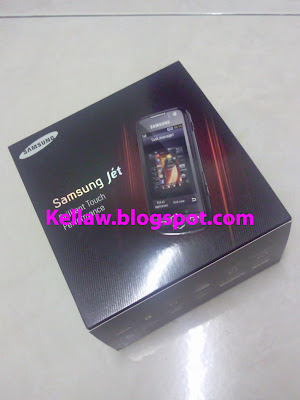 In terms of weight, it's just a little heavier compared to my old obsolete Samsung SGH-U700 which I had been wanting to change because the slide motion keeps on killing the ribbon. Of course Jet is so much lighter than my old brick sized Nokia N-90 which had expired it's term of service before I got the UGH-700.

The new Jet has the much needed Wi-Fi in today's wireless environment. I don't need to rely on the old Wap to get connected. Just hop on to anywhere with Wi-Fi connection and I am good to go. For places without Wi-Fi, there is always the good old Wap with an extra that the phone supports 3G also. It comes with it's own browser. One bad thing I hate about this browser is that there is no close button. You might think you have closed it and start using your camera only to realize you have to close your browser but how to close when there is no "X" button? Photographers and bloggers will tell you the importance of mili seconds when you wanna snap a pic and that moment just pass by with "please close your browser first". Other than that the speed is good.

The display is so much better with 16 million colors which I doubt the eyes can distinguish much difference there. It's good for viewing movies and pictures on the go. The screen uses AMOLED displayn which saves power giving it a longer lasting duration between recharges. Since it's a touchscreen, it's only obvious that the screen size is much bigger than the other few phones I have had. The only bad side with Samsung phone screens are that they don't do well under sunlight as compared to Nokia phones.

The sound from Jet is so much louder compared to U-700 and N90 but the vibration is not that well to do compared to Nokia phones. The difference is you can set the vibration type which makes no difference at all with the low vibration frequencies but it's still better than the non existing vibrations in N90. It has the much needed FM radio to kill the bore of listening to your own mp3s all the time and comes with a sound surround headset. Yes, it supports sound surround for movies and musics. Imagine playing transformers on your phone. Make sure you have enough memory on your microsd card before doing that. The multiple video format support makes movies so much enjoyable on your phone.

One thing which I had problem with Samsung phones are that they limit the number of sms you can keep in your phone. Imagine you collected about 500 sms and you can't get additional messages in and have to delete your old ones. Why can't they just allow the memory to be used from the memory card? The only good part is the QWERTY keyboard layout when you turn it diagonally for easy typing. Smart phone ma. What you expect? Oh yes, there is motion detection much like the iphone. I wish I have the ironball game which drops into holes in the board. hahaha. It's been a while since I last played it. Which game? It's this minus the non wood/technological part and it's in the phone not the manual style. 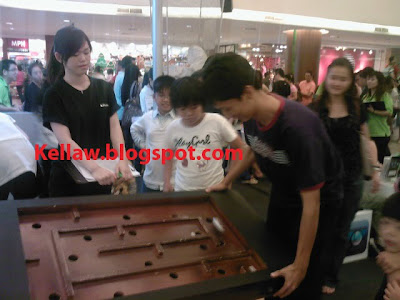 Then comes to the camera. If the N90 2 megapixel cam and video recorder could be used to make movies, this should be the same for a 5mp camera right? The pro and con lies in the double led flash. Yes as much as it's a good feature it's also eating up precious battery life when it's on. The camera modes can be annoying and amusing at the same time. Amusing when you have face, smile and blink detection. The problem lies in it's autofocus mode. Look at the pictures below. If it's my hands shaking then why isn't the anti shake working? I doubt it's my hands which are at fault but more of the focus. 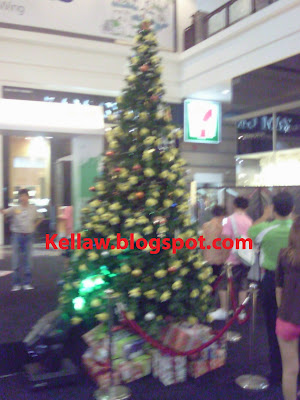 You wanna know how I feel at that moment after taking my 10001 shot? I just feel like throwing the bloody phone down to the floor and stepping on it over and over again till it breaks into a million pieces. Yes I am violent but only when I get extremely frustrated. The only thing stopping me from doing that is because I have no other phones to use. Anyway I did a comparison with the OMNIA II phone that my colleague has. The conclusion is the lag from Windows Mobile did indeed killed OMNIA II which also comes with a higher price tag. I am now feeling lucky that I have a Jet instead of Omnia which my friend is currently selling for RM1000(2 weeks old and hanged over a dozen of times during browsing). Any takers?

Oh yes, you will get bored with the functions after a few days. Time for a new phone review? Contact me if you want me to review your phones, cameras or other technology gadgets at kellaw1985@yahoo.com
gadget gadgets handphone jet mobile mobilephone omnia 2 OMNIA II phone review review samsung samsung jet smartphone technology

Calvin Soo KJ said…
im not a handphone freak, so it doesnt really matter wud the features are. so long as i can call, receive, sen and receive text msgs will do....lolz.
December 14, 2009 at 10:35 AM

Devella said…
Last time 'someone' scolded Samsung that cheated on him.....And even wrote in FB shout out.

Kellaw said…
that time really fed up ma. then they complain till they cant tahan then change lo
December 18, 2009 at 12:00 PM

Also the new jet comes with TV out cable. But I can see only videos from this phone on the samsung 21 inch CRT television. No images..disappointing..
January 21, 2010 at 5:33 PM