A brother gone home to the lord

For those who still haven't got the news yet, the chairman of the 10th KL Air Scout Group committee went home to the lord yesterday(20 January 2010) at about 5.30 in the morning. Just as 10th KL's flag being flown half mast at the Kwai Choong den till after the funeral, so will this blog be silent till then. I will still approve comments or might even reply to them but no post will be posted. 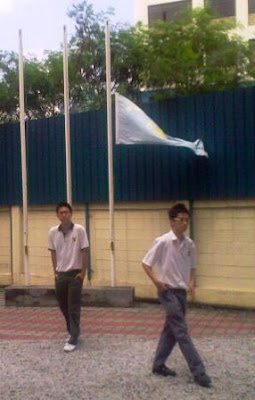 Yes I know the news would have sadden a lot of the boys as he is one who is always close to everyone. Just like one of the boys who told me that we are the pencils and he is the sharpener or another who said he just can't bear to see a lifeless body without a soul. But there is something I would want you boys to know, that is he had lived a fruitful life to have all of us under him. He sees us grow and took part in the process of forming all of us to be who we are today. I was there yesterday night to see him donned in the scout T-shirt donned with the group scarf and I could feel the serenity and peace in him just like what he wanted all of us to feel. I am sure he would want us to smile and always be cheerful whistling through the raindrops like the song he always sang to us.

As for me I know I had lost a friend, motivator, mentor, teacher and most of all a brother but at the same time I know I had gained knowledge from the "low kwai"(old ghost) and those memories of him will always stay in my mind. Memory is what makes someone stay forever with you. I could still hear his advices in my ears as clear as he had been alive even till this morning. He is the one who guide me through the hardest part of my late teens when I took over the troop, giving me the encouragements and support to stand up for what I feel is right. I would say without him, I would never be who I am today. I had thought of visiting him the past few weeks but things keep coming up and yesterday I realized that there will no longer be any chance of doing so. I am still trying hard to control the tears from the back of my eyes. Yes that's the impact he left in my life. 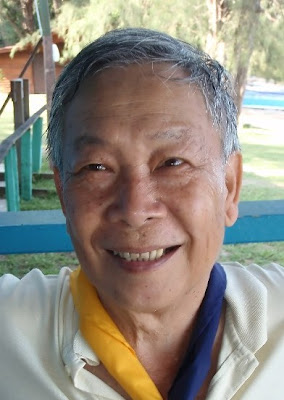 May you find peace after this. Rest in peace my brother Kwai Choong. You will always be remembered and missed.

The wake will be at:
Gui Yuan
Jalan 229, Section 51A
Kampung Tunku.

Funeral
Scheduled for 10 a.m. on Saturday 23rd January from Gui Yuan to the Nirvana Memorial Park in Shah Alam for cremation. Heard there is a bus leaving MBSSKL at 8am sharp. Do drive if you know the way. Leave the bus for the boys.
10th kl busy Death Life malaysia MBSSKL Meaningful school scouts

Nikel Khor said…
soli to hear that...condolences....
My fren oso facing this too..
is too bad tis months

cr3ap said…
Sad to hear that. My condolences. Rest in peace.

Melting Ice Cream said…
rest in peace.. my condolence..
do go back to ur troop.. to guide them... to teach them what ur scouter have thought u..

try to look on the bright side he's in a better place then here, with no worries, no sufferings, no hate, no pollution, no dangers and just pure love (heaven)...

I'm sure he'll be looking out for you guys from above.