How to become RICH

May 05, 2009
I am sure everyone wants to get rich at one point of their life. Yes I am sure it's a dream everyone dreamt of. Even the beggar on the streets does hope that he or she would be rich one day and no longer need to suffer the life they are in. We are not much of a difference here. You want to know the secret to become rich?

Okla. Before that, I know it's my fault that I didn't update for such a long time. Sorry lo. Many things happened during the duration that I am away. My laptop charger died followed by my battery. Things went worse from there. Anyway some panda wearing specs blowed(chui in cantonese) to update liao. Have to lo. Else all my readers run liao how right? Then I no money to makan roti liao. This has to be a short one because I have no ideas because my head is full of other things which gave me frequent migrains and sleepless nights. So here it is, the secret to become rich and yes I had to start with a story.

A young man asked an old rich man how he made his money. The old guy fingered his worsted wool vest and said, "Well, son, it was in 1932 during the depth of the Great Depression when I was down to my last nickel. I invested that nickel in an apple and I spent the entire day polishing the apple. At the end of the day, I sold the apple for ten cents. The next morning, I invested the ten cents in two apples and I spent the entire day polishing them. I then sold them at 5 pm for 20 cents. I continued this system for a month and by the end of which I'd accumulated a fortune of a few hundred dollars."

"Then my wife's father died and left us two million dollars!"

Moral of the story : Marry a rich wife/husband if you want to become rich. I know how you feel now. Like this right? 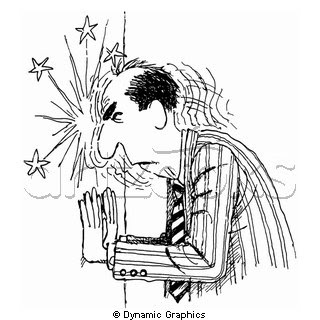 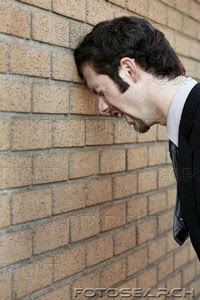 Well I found that there is this kit specially made for this purpose below. It helps me to keep my brain away from all those thing in my head for some time. It's not a permanent solution but at least it helps. Be warned that prolonged usage of this kit might cause permanent damage. So use at your own discretion. You can click to enlarge and print this for your own use or you might want to help your boss who is reading this same message from over your shoulders at your back now.

Myhorng said…
i seriously need to be rich. and i'm not married still cos i dun wan to use that kit because i treasure my forehead alot.

Kellaw said…
oklo spec see if i can make it.

specky mui - control duit for roti better than no roti eat right? look on the bright side. she might let you control le. hahaha
May 8, 2009 at 1:12 PM